HomeInformativeWho Is Aparna Yadav And Why Is Akhilesh Yadav Upset Over Her...
Informative

Who Is Aparna Yadav And Why Is Akhilesh Yadav Upset Over Her Entry In BJP?

Who is Aparna Yadav? Everybody wants to know about this new face of BJP who has shaken one of the popular parties in UP i.e. Samajwadi Party. One reason is the forthcoming UP Election 2022 which is highly crucial for every party contesting.

The second reason is her strong connection with the SP party founder Mulayam Singh Yadav and his family. Mulayam and Akhilesh Yadav, both tried to convince Aparna to stay in Samajwadi and take forward the family’s legacy but she quit to serve the nation.

Aparna thinks that is only possible with BJP and the work of Prime Minister Narendra Modi and UP Minister Yogi Adityanath is the reason. Their policies and personality impressed her a lot.

Who Is Aparna Yadav?

Besides having an identity as a former SP member, she is popularly known as Choti Bahu. Aparna is a social worker, politician, and entrepreneur. She is the wife of Prateek Yadav, son of the second wife of Mulayam Singh.

Also Read: What Is The Real Name Of Sonia Gandhi? Know The Untold Story Behind It

Why Did She Leave Samajwadi Party?

Aparna is a firm supporter of the BJP and has praised good governance several times. Whether it’s about ending Article 370 or bringing NRC into the country, she clearly put forward her views and support to BJP.

Now, she is finally making her way clear in politics by joining hands with BJP and leaving the family’s party SP. Akhilesh Yadav wished her for a new journey saying Netaji ( Mulayam Singh) tried to convince her, but she did not stay.

Many think it is because the party did not give a ticket to Aparna Yadav. To which, Akhilesh Yadav said this is an internal matter and depends upon the public’s choice. 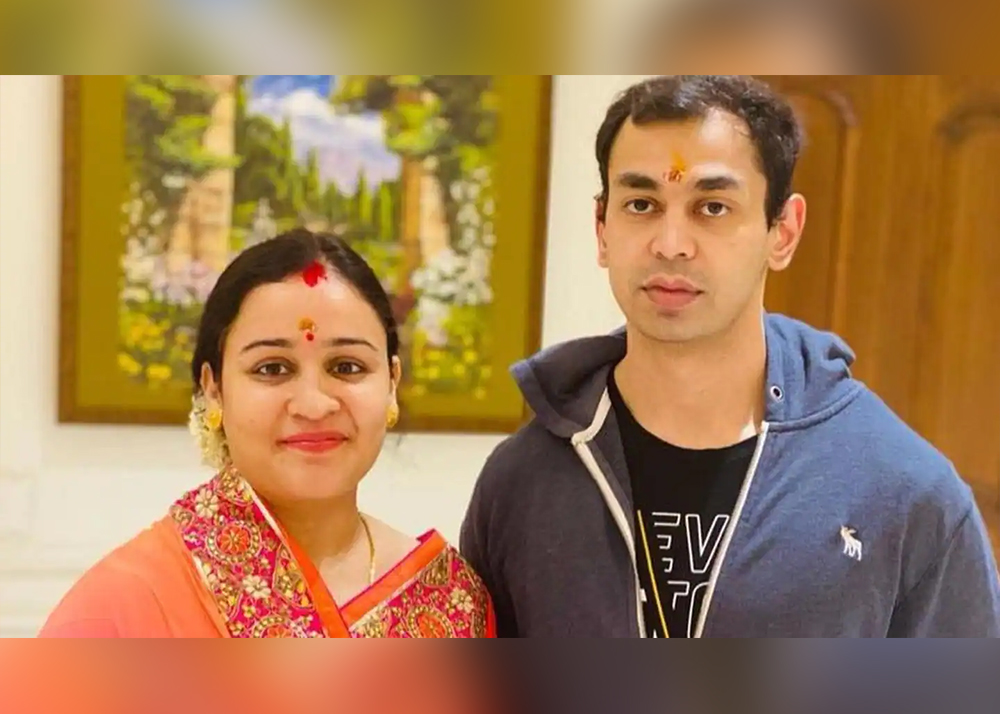 Aparna is the daughter of journalist Arvind Singh Bisht who is also a well-known face in the media. She was born on 5th February 1990 in Lucknow, Uttar Pradesh. There is not much information about her mother and siblings. The only name by which she is known today is the daughter-in-law of Mulayam Singh Yadav.

She is a highly educated personality and done master’s from England’s University of Manchester in International relations. Aparna is also a trained singer and well-versed in Veena.

After completing her education, she returned to India and got married to her classmate Prateek in 2011. Their wedding was attended by some of the renowned personalities of the Bollywood like Amitabh Bachchan and his wife Jaya. The couple is now blessed with a daughter named Prathama.

The wife of Prateek Yadav is known for her outspoken nature and social work. She has always stood for the women’s rights and welfare of society. Not only humans, Aparna cares for animals and has also set up shelters for stray cows of the state.

Her shift from social services to politics was sudden after becoming Choti Bahu. At first, she joined Samajwadi Party and contested the election from the Lucknow Cantt in 2017. Rita Bahuguna Joshi won the election beating her with more than 60 thousand votes.

There have been several incidents when Aparna did not support her father-in-law. One of the famous ones is when Mulayam Singh supported Amir Khan for his intolerance remark. To this, Aparna said the actor shows patriotism only in films.

Also Read: Rishi Sunak-To-Be The Next PM Of UK; All You Need To Know About Him

Another time when her name came into media was during the birthday of Mulayam Singh Yadav. Choti Bahu skipped the celebration and flew off to Dubai with her husband Prateek.