Origin Of Jalebi- The Taste You Know, The History You Don’t!!!

Jalebi is not just a dessert; it’s a childhood crush, forever love, and a mood-lifter for many. This refined wheat coil coated with sugary syrup has made an irreplaceable place in everyone’s heart with time. Surprisingly, it has no Indian root. The history and origin of Jalebi dated back to the 10th Century.

Read here to know how this crisp, sweet, and round dessert has made its way to India.

What Is The Origin Of Jalebi? 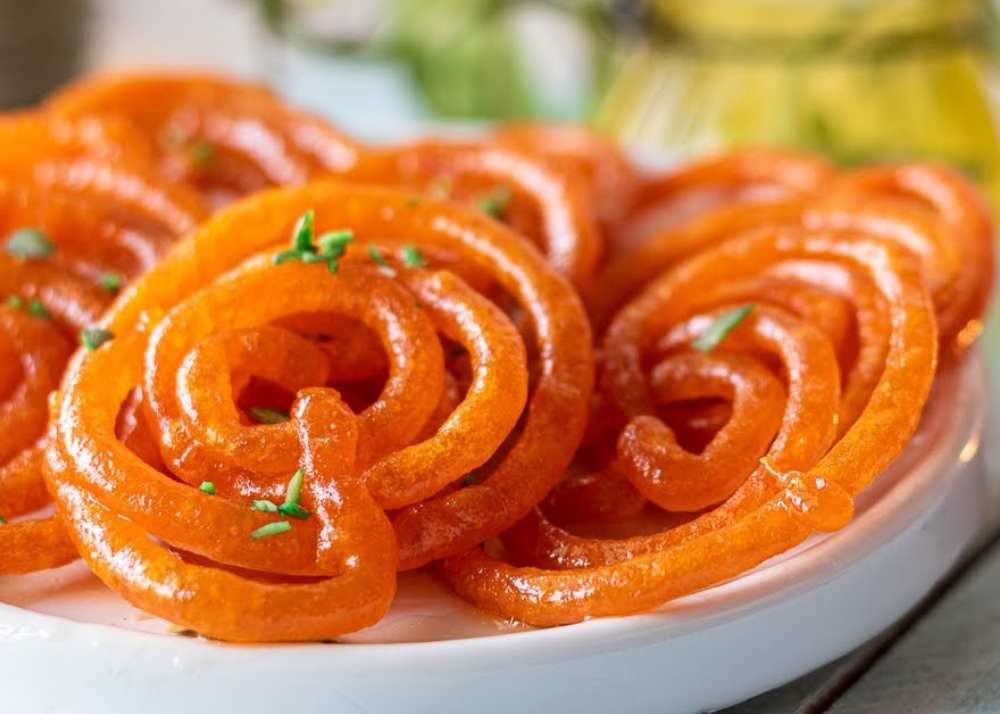 Just like its shape, Jalebi has a complicated history and is often compared with its sister Imarti. Both differ in shape and taste as one got a flowery pattern while the Jalebi is simply rounded. Talking about its name, Jalebi has originated from the word ‘Zalabia.’

It is a traditional dessert of the Middle East and has no resemblance with the modern version of Jalebi. And not just in looks, the preparation process is also different. Zalabia or Zlabia is made from yeast dough that gets it, sweetness, from honey syrup and has a pleasant aroma.

Also Read: Are You Fond Of Chaat? Try This Quirky Jalebi Chaat Recipe

Abdurrahman Ibnou Nafaa Ziriab is believed to be the man behind Jalebi but it’s hard to believe as he was not even a chef. Ziriab was a musician from Iraq who used to travel country from country. He accidentally came up with the recipe during his stay in Tunisia.

That’s hard to say how true this theory is but Zalabia was indeed popular in Beja, a small city in Tunisia. Turkey and Iran are two more countries from where this dessert is claimed to be originated.

The theory behind its origin is mentioned in Kitab al-Tabeekh. It was written by Muhammad bin Hasan al-Baghdadi in the 13th century A.D whereas Ibn Sayyar al-Warraq mentioned it long ago during the 10th Century.

It is an irreplaceable part of Iran’s tradition whereby Jalebi is served during Ramadan and Nowruz. So, it will not be wrong to say that West Asia is the birthplace of Jalebi but how did Indians get to taste it.

When And How Did Jalebi Become An Indian Dessert?

India is a popular trading hub from the past. Several traders and artisans traveled to India during medieval times. They brought their culture, tradition, and cuisine with them. This is how Zalabiya arrived in our country crossing several borders in 1450 A.D.

However, it was not called by its original name and was served as a Prasad in Jain temples. The first evidence of its existence in Indian cuisine was found in Priyamkarnrpakatha. Gunyagunabodhini is another text in which its recipe was mentioned.

Apart from these two, the history and origin of Jalebi were also written in Bhojana Kuthala, and several other texts and books.

In different parts of the country and world, the ingredients used in making these sweet coil vary. Some prepare it with urad flour whereas others use besan or refined wheat/maida to make jalebi. Moreover, it has got different names too. Here’s what Jalebi is called around the world:

What’s in the name? Love for this sweet dessert will always remain the same. And no matter how you like it- with milk, rabdi, fafda, or with samosa- the taste will remain unforgettable.

Samantha Ruth Prabhu Hits Back With Incredible Flex: Proves She’s Not ‘So Delicate’

National Keto Day 2023: Know All About this Celebrities Favorite Diet