Clothing enhances our appearance but it is the opposite in the case of Aishwarya Rai. The 48-years old is the one who amplifies every piece of fabric and jewelry she wears. Former Miss World, Aish, has turned heads several times at the biggest film festival- Cannes. Let’s go back in time and appreciate Aishwarya Rai’s best Cannes dresses once again on her birthday. 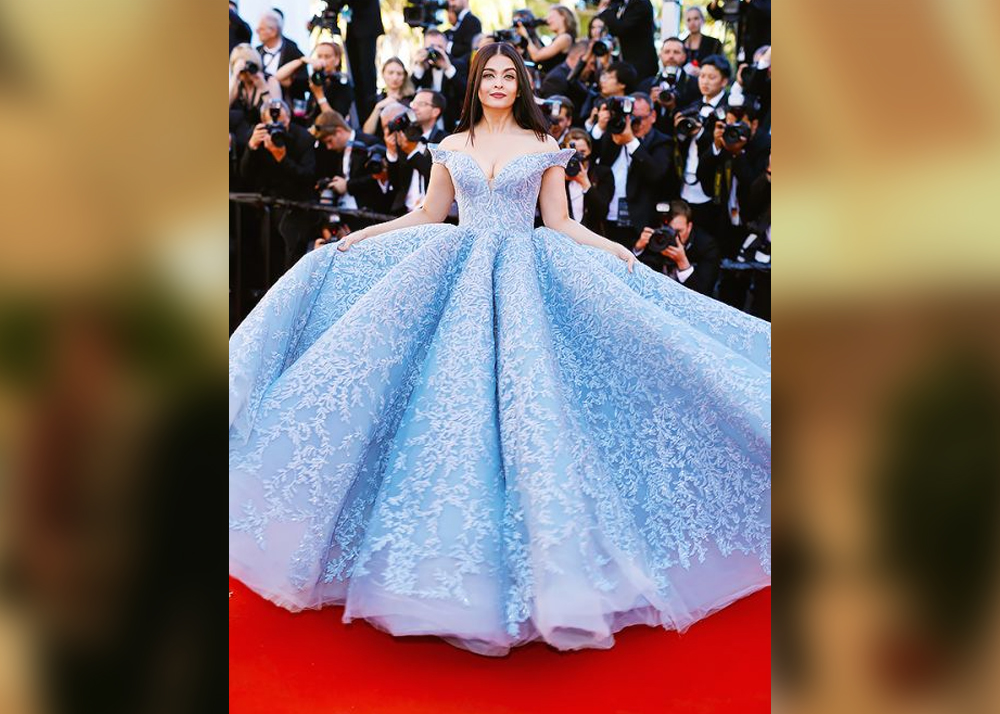 She looks no less than a Disney princess in reality and she proved it too with Michael Cinco’s sky blue gown. Just like a tulip which is known for its bold colors and beautiful shape, Aishwarya is perfect too. And to celebrate her timeless beauty, there is also a flower named after her in Netherland. 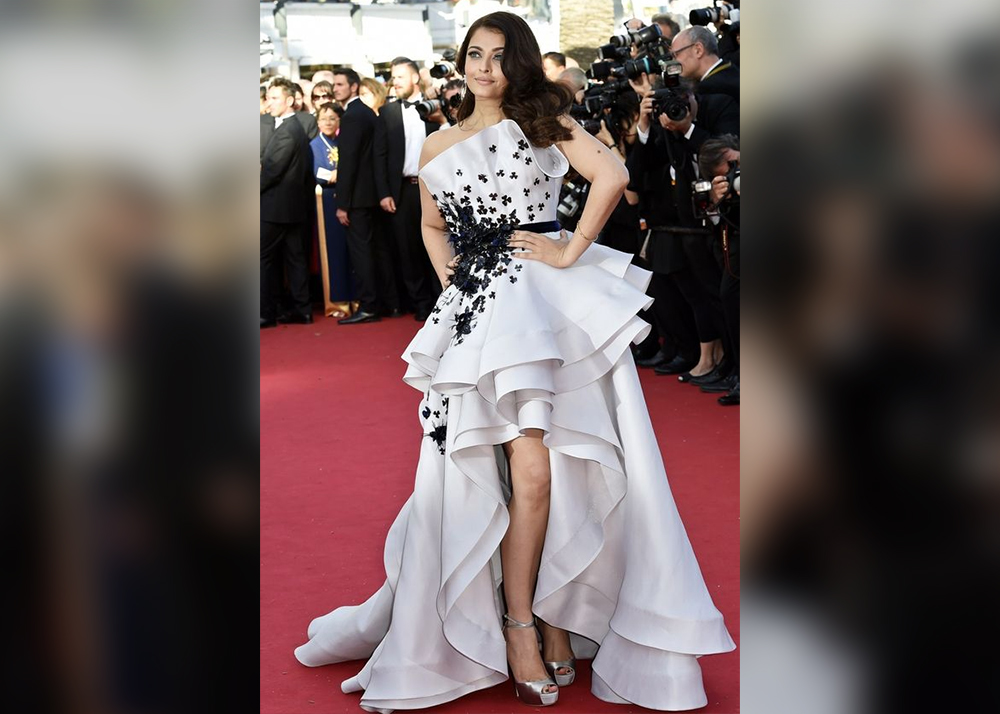 In 2015, Aishwarya again stunned everyone with a unique white off-shoulder gown designed by Ralph & Russo. She added charms to it with minimal makeup and accessories. 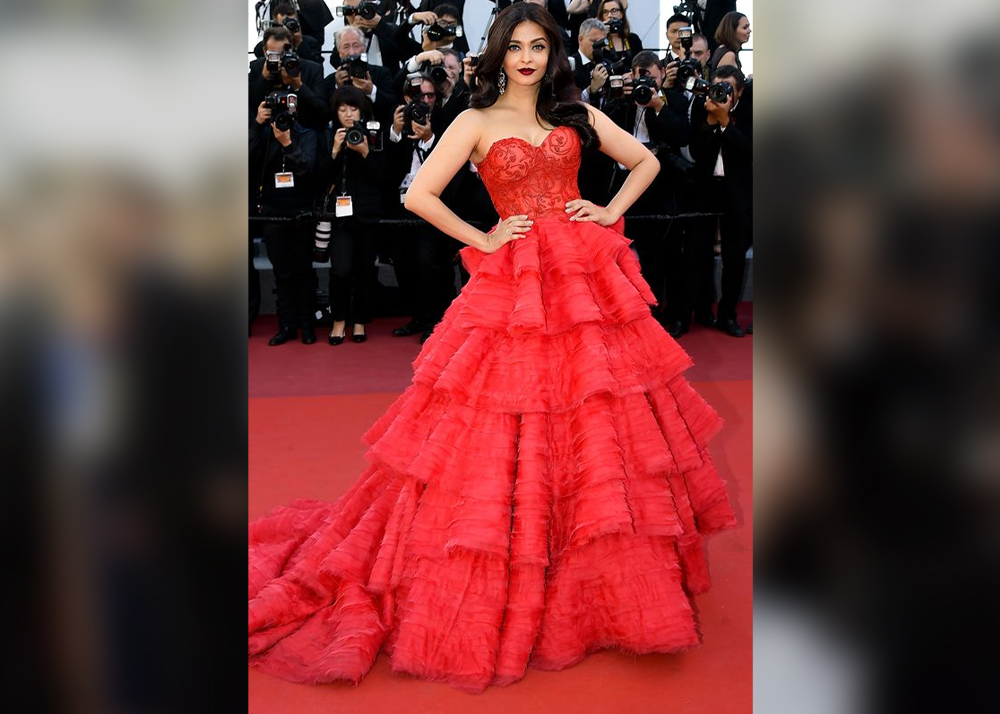 This is not it. Again in 2017, she opted for Ralph & Russo for the red carpet, and this time she chose red. The truffle red off-shoulder gown did not dim her beauty at Red Carpet. 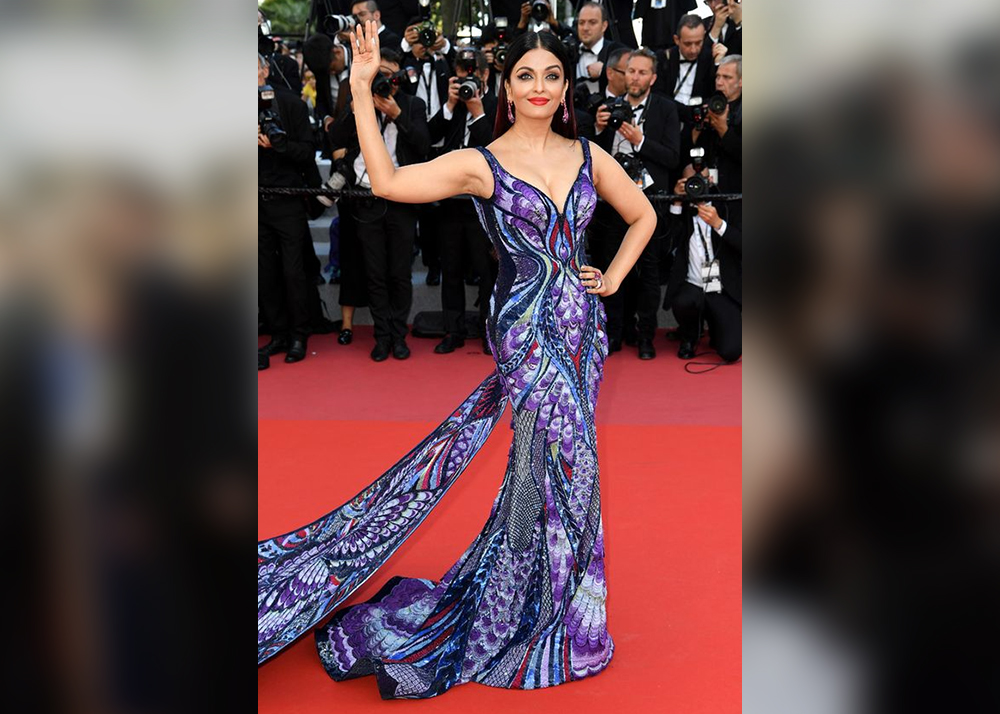 Aish knows how to blend magic and simplicity without overdoing makeup. This purple butterfly dress by Michael Cinco she wore at the 2018 Cannes festival is beautiful of all.

Aishwarya Rai made her Cannes debut in 2002 with a stunning yellow saree designed by Neeta Lulla. For the next few years, she opted for more Indian outfits rather than western gowns. See the glimpse here

This was the beginning of Hollywood’s major film festival but do you know when she made her TV debut? She was only 9 and her first on-screen presence was in a Camlin pencils ad but she came into the spotlight from Pepsi’s ad in 1993. 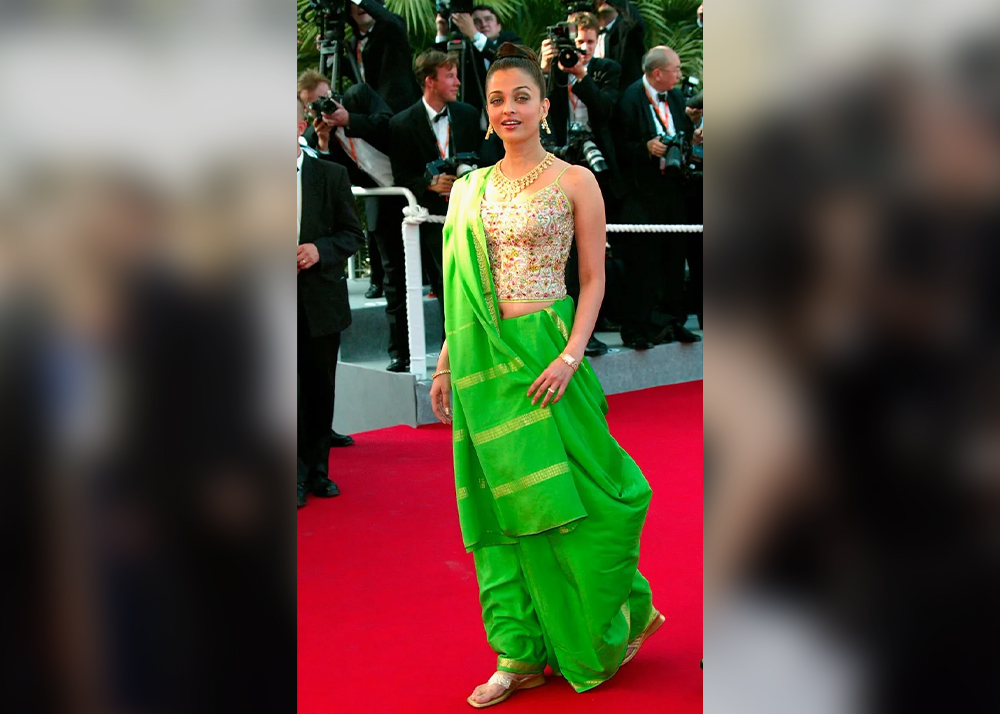 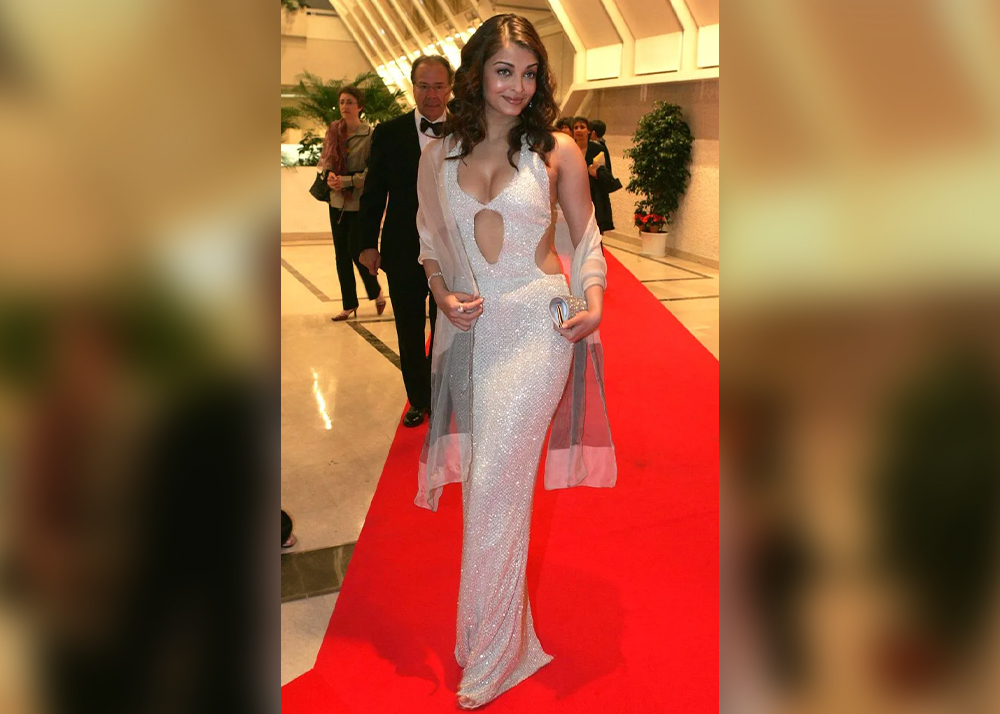 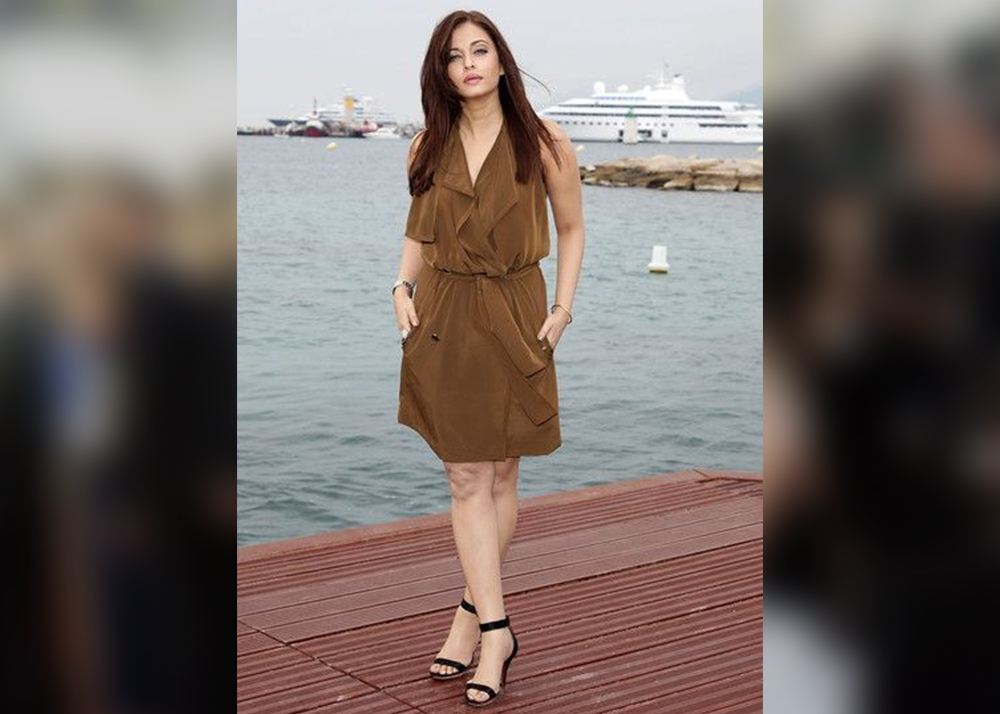 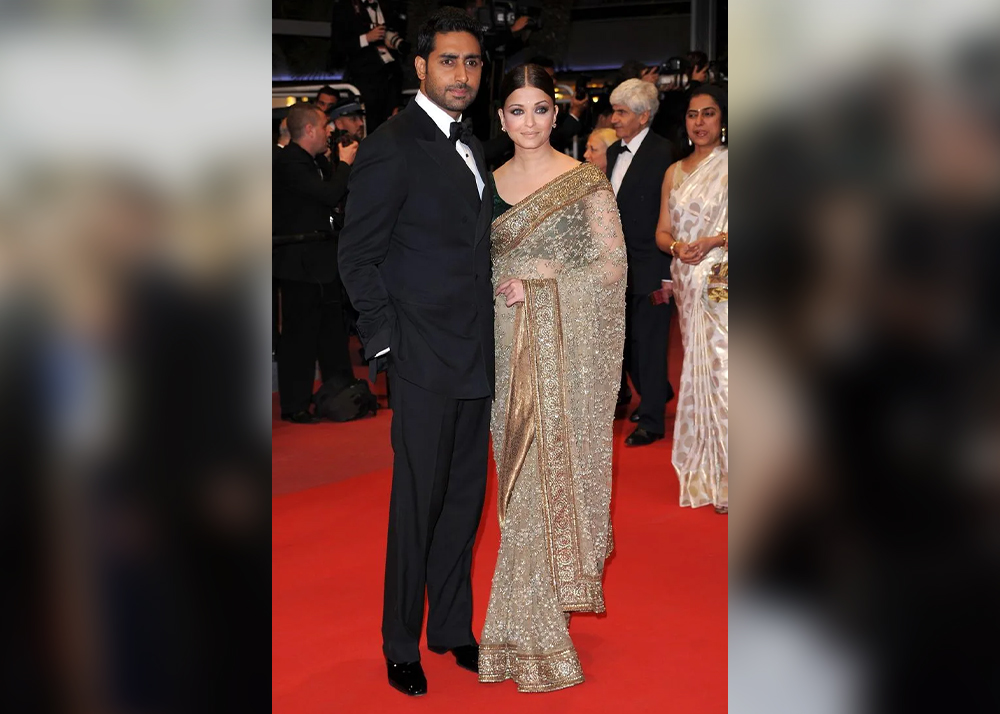 Aishwarya Rai Bachchan has always put Indian tradition first when it comes to her international appearance. This saree by Sabyasachi that she wore in 2010 at Cannes is one of the best red carpet looks of Aishwarya Rai.

Aish Began a Legacy At Cannes With Cavalli’s Gilded Gown 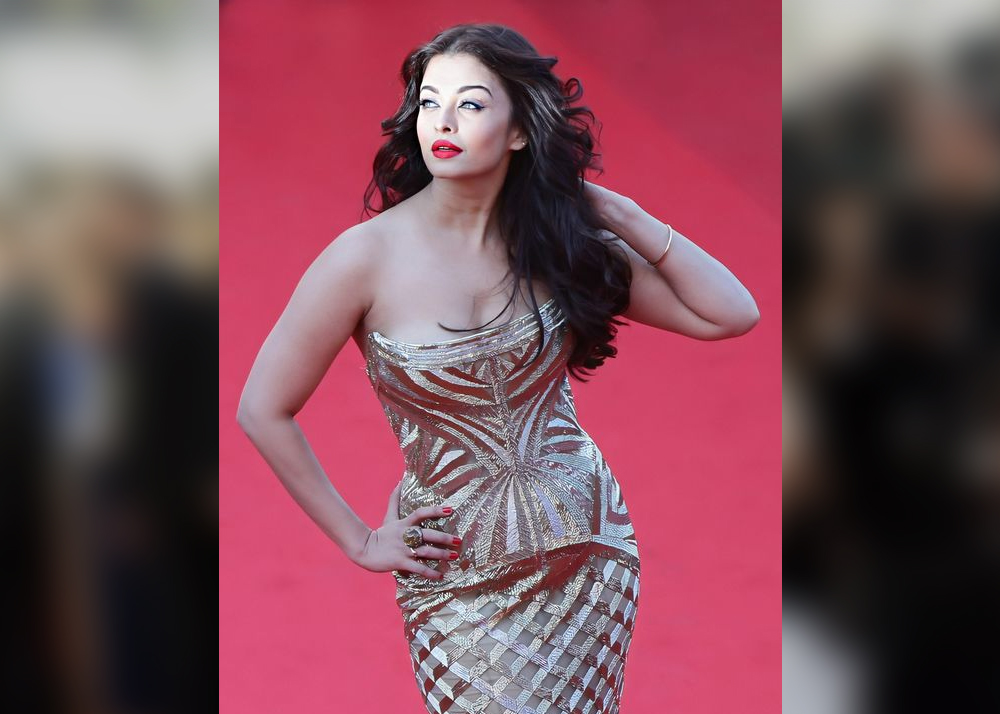 She adds a touch of her personality to whatever she wears. This Cannes look from 2014 where she wore Cavalli’s gilded gown is the proof.