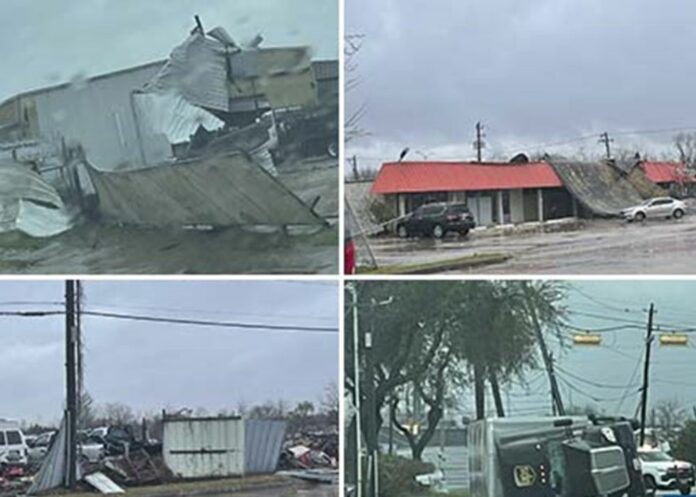 A powerful strong tornado hit the southeast of Houston on Tuesday, and severe damage was reported in many cities.

Structural damage from a tornado in Pasadena,  about 15 miles southeast of Houston is catastrophic.

The damage was too much but only one person was injured so far in the city.

Locations that are affected badly because of the tornado include Deer Park, Baytown, Highlands, and Channelview according to the weather service.

The storm Prediction Center warned of a couple of intense tornadoes with damaging winds gusts of 70 mph are also possible.

Damage due to Tornadoes in Near Houston Area 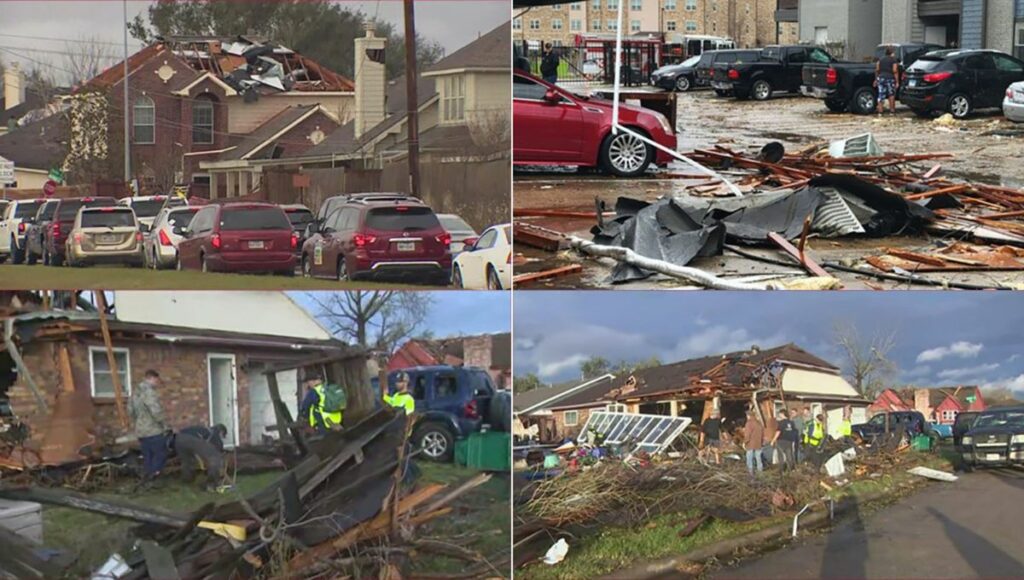 Louisiana Beauregard Parish Sheriff’s office said, “There are multiple roads blocked, power lines and poles down and heavily damaged homes and other structures with debris covering a lot of this area.”

In the Pasadena area high number of stranded motorists were found, and multiple trucks overturned near Beltway. 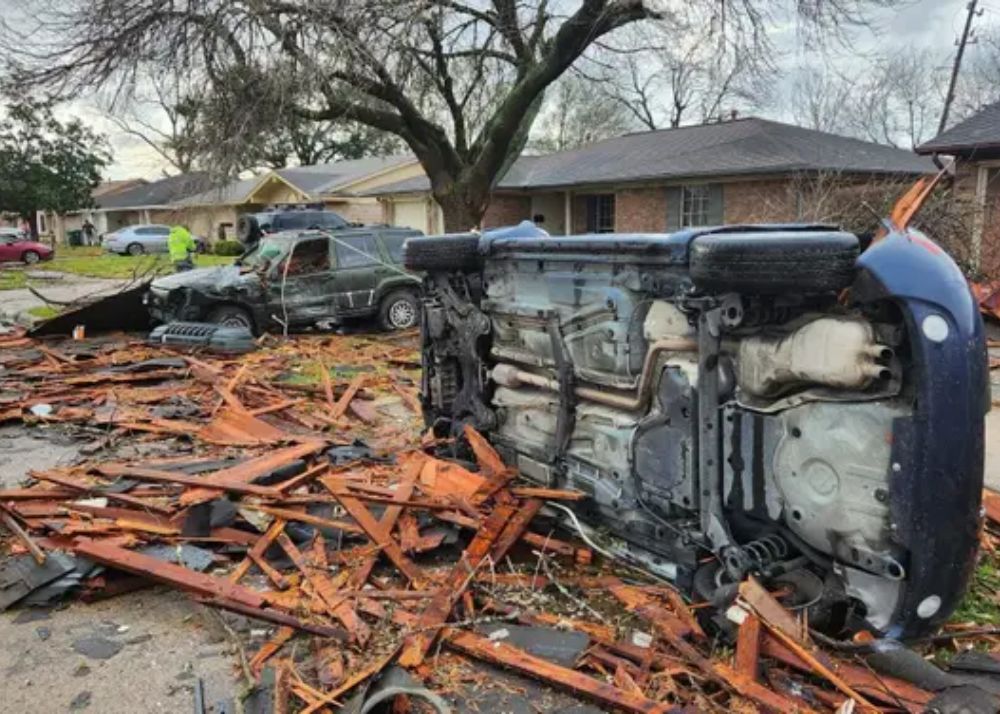 Pasadena Police Department and fire department assisted those people who were immediately affected.

Pasadena Mayor Jerry Mouton said in a news conference that in Deer Park northeast of Pasadena, the storm caused a train accident.

A nursing home sustain structural damage and about 59 residents were evacuated.

The Deer Park school district canceled Wednesday classes as the community cleans up the storm damage.

Being prepared for an emergency is part of the job. Emergency preparedness training is not done only once, it’s an ongoing undertaking. Kudos to my team members that assisted our community today, from dispatchers to deputies and more. 👏🏽 https://t.co/FjAWECvUyt

.@HoustonFire is surveying working to provide assistance and resources to our neighboring cities and communities like Deer Park. #houstontx #hounews #houwx

@HoustonFire worked together last night with @houstonpolice & @HoustonOEM to make sure citizens were safe after a tornado touched down in southeast Houston, TX. @FireChiefofHFD pic.twitter.com/q6rpMck3W2

@HoustonFire is currently on scene at 3521 Jensen performing extinguishment efforts after receiving reports of a warehouse on fire. No FF or civilian injuries have been reported. Please avoid the area due to heavy emergency traffic. @FireChiefofHFD