HomeSportsCan Ireland Replace One of these Teams in World Cup 2023?
Sports

Can Ireland Replace One of these Teams in World Cup 2023?

Cricket World Cup 2023 is now way nearer than we thought. Every international team is playing very hard to qualify directly Top 8. The qualifiers will be selected according to their performance in ODI matches played between 30 July 2020 and 31 May.

However, the World Cup tournament will be played among 10 teams. Eight of them will qualify as per the ODI performance and the rest of them have to win the qualifier tournament for World Cup.

So, as there is only one spot left, it creates very intense competition between South Africa, Sri Lanka, West Indies and Ireland.

Know which one of them is in a stronger position to qualify here.

Every team qualifies for the tournament on the basis of points they earned by playing ODI matches. Here’s the points table. 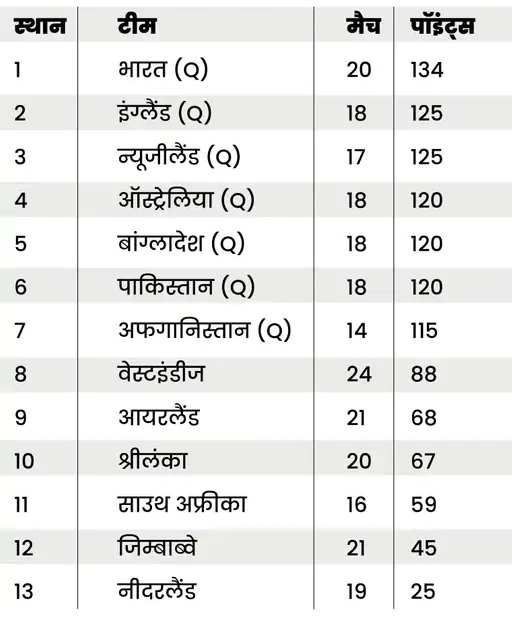 So, before getting on the main topic, you need to know how ICC distributes points among teams.

First of all! A team receives 10 points by winning every match. And if the match ties or gets cancelled due to some reason, both competing teams distribute 5-5 points.

Also Read: “Dhoni’s Advise Helped Me” Said Ruturaj Gaikwad After Hitting Seven Sixes in an Over

Which Team Will Qualify for the Cricket World Cup 2023?

As per the mathematical analysis, all four South Africa, Sri Lanka, West Indies and Ireland can qualify for the tournament. But Ireland has a higher chance.

South Africa Needs to Win 5 Matches in a Row

South Africa is in 11th position with 59 points right now. Besides it, they only have 5 matches left to play, 3 against England and 2 against the Netherlands.

And the worst part is that they need to win all of them for direct qualification. If they lose any of them, the team will make it to the Top 8 and will have to play in a qualifier tournament.

Talking of chance, it is going to be very difficult for South Africa because their maximum matches are with England.

Despite being in 10th position with 67 points, Sri Lanka is in a more critical condition than South Africa. Because they have only 4 matches left to play, 1 with Afghanistan and 3 with New Zealand.

So, they need to perform more than their best to win those matches. And that’s not all, they also have to pray for South Africa’s one defeat.

Because if South Africa wins all the matches, there is no chance for Sri Lanka to qualify.

West Indies Can Only Prey, Not Act

West Indies is in the 8th position on the list with 88 points. But for how long? Can’t say.

Because the team has played all its matches and now they can only pray for other’s defeat.

West Indies can only qualify when South Africa loses three of its five matches. Apart from that, Ireland and Sri Lanka also need to lose 2-2 matches.

Also Read: 5 Records in the IPL History that are Still Unbreakable

Ireland is in the Best Position

Ireland has the highest possibility to make a direct entry into the World Cup 2023. It is in the 9th position with 68 points right now and has three matches left with Bangladesh.

If the team wins all those matches, then no one can stop Ireland to qualify directly.

Besides these teams, Zimbabwe and Netherlands have no chance to qualify for World Cup.