Rajkumar Santoshi informed the police of a recent incident at the press conference of his movie Gandhi Godse: Ek Yudh and requested protection against the death threats. 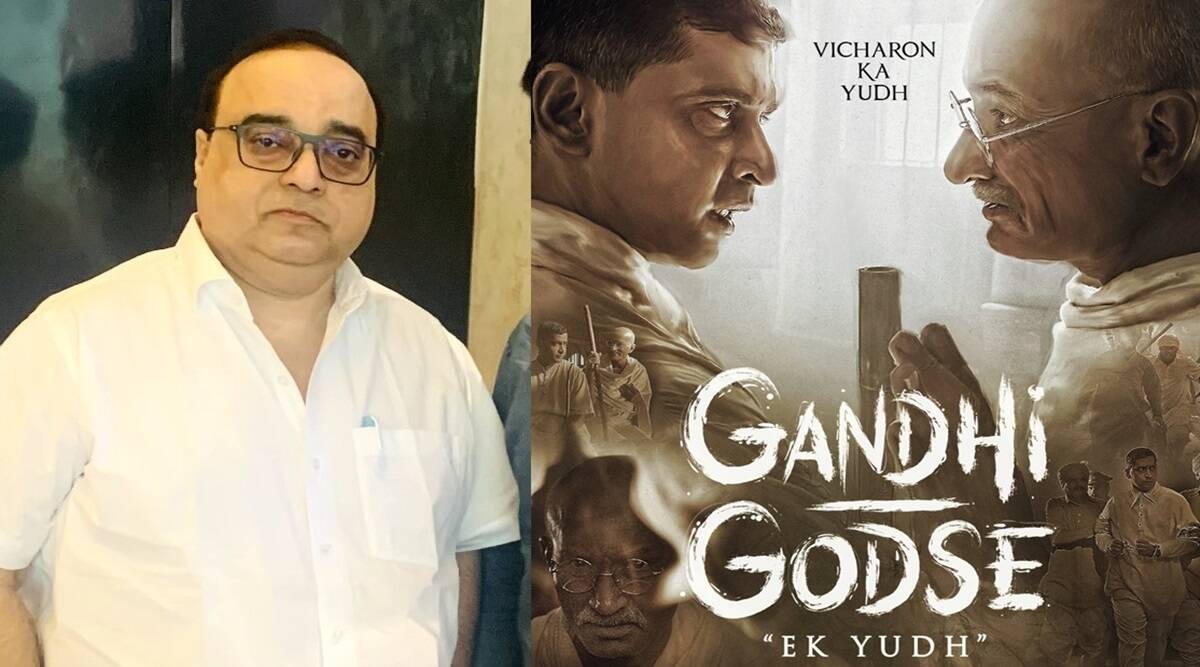 Rajkumar Santoshi expressed in a letter that a group of people with vested interests interrupted the event, and later he received threats from some unknown people demanding that he cease the release and promotion of this movie.

Rajkumar Santoshi felt unsafe and feared for his and his family members’ safety if these people were released.

Rajkumar Santoshi, director of the film 'Gandhi Godse – Ek Yudh' writes to Mumbai's Special CP Deven Bharti seeking additional security for himself and his family after a press conference held by him and his team was interrupted by a group of protestors in Mumbai pic.twitter.com/oUhpO4bjbN

The filmmaker, famous for his intense films such as Ghayal, Damini, and Pukar, asked the police to take the right action.

He said, “I’m appealing to you to give me and my family more protection as soon as possible.” On Friday while he was promoting Gandhi Godse: Ek Yudh, a few protesters, who were among the press, waved black flags and shouted slogans like ‘Long Live Mahatma Gandhi’.

Also Read: Ayushmann Khurrana’s Property and Net Worth Will Shock You

They argued that the movie diminishes the importance of Mahatma Gandhi and glorifies his assassin, Nathuram Godse.

After the event, law enforcement was summoned to prevent any possible conflict.

The movie, helmed by Santoshi, portrays the clash between the ideologies of Gandhi and Godse. It stars Deepak Antani as Gandhi and Chinmay Mandlekar as Godse.

Gandhi Godse: Ek Yudh is set to be released on January 26 with the support of Santoshi Productions LLP and PVR Pictures.

Mumbai: Filmmaker Rajkumar Santoshi after he was threatened by Congress youth workers in Andheri area, while he was on his way to address the press conference about his upcoming movie " Gandhi Godse Ek Yudh".#GandhiVSGodse pic.twitter.com/2E0IQKOgDz

AIMIM chief and #Hyderabad MP @asadowaisi demand a ban on Rajkumar Santoshi’s movie #GandhiGodseEkYudh. Hitting out at the centre for blocking the #BBC documentary on PM #Modi he challenged the #BJP Lead Union Govt to ban the movie on #Godse. pic.twitter.com/AwDdpXyIIy

Filmmaker #RajkumarSantoshi, who has #GandhiVSGodse releasing, has reportedly written a letter to Mumbai's Special CP Deven Bharti, alleging, “.. several threats were received from some unknown people asking me to stop the release and promotion of this film. I feel unsafe.” pic.twitter.com/wtV2LQs2UR