HomeBollywoodHappy Birthday To The Gorgeous Janhvi Kapoor: Must-See Unseen Photos Of Her
Bollywood

Happy Birthday To The Gorgeous Janhvi Kapoor: Must-See Unseen Photos Of Her 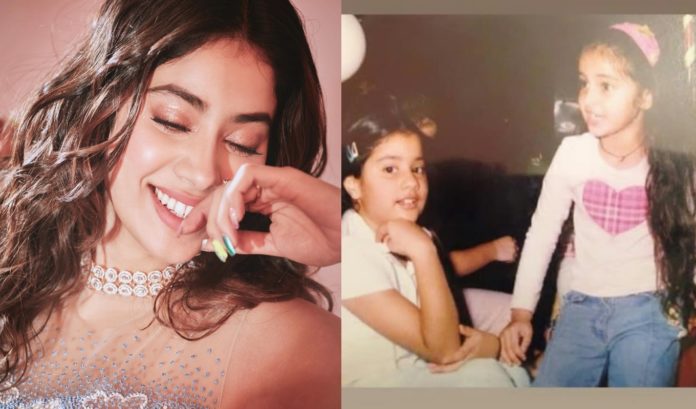 Just two years ago, Janhvi Kapoor made her debut in Bollywood from the movie “Dhadak,’ and till now, she has built a loyal and robust fanbase. Her acting skills, cuteness, and down to earth nature made people fall in love with her.

Janhvi often hit the headlines for her fantastic gym outfits and a smile that she gives to paps that can melt the stone hearts ever. She is the top beautiful actress in Bollywood.

With her dressing sense and charming smile, the rising star is among the most promising talents in B-town.

Janvhi also stays active on social media and usually shared her videos and photos with fans.

Recently, the actress shared photos of her 22nd birthday celebration from the film shooting set. In the pictures, Janvhi can be seen with her sister Khushi Kapoor and other girls while cutting the birthday cake. While sharing the post, She wrote, Wish you were here.

Daughter of renowned producer Boney Kapoor and B-town legend Late Sridevi, Janhvi Kapoor is busy unlearning and learning the rope of the Indian film Industry. While the star kids and Freshers are slowly making their space in B-town, what makes Janvhi different from the crowd, is the outspokenness in her interviews with the media.

So, on the occasion of her birthday, let’s have a look at some of the savage answers from her past interviews.

When asked about the much-discussed topic of B-town Nepotism, Janvhi said

“The whole nepotism debate (when I was making my debut in Dhadak) did make me question if I deserved to be in this position, and I realized that the right answer to it is that I’m not. I do come from a place of privilege. But I have it, so what am I supposed to do now? I’d be the dumbest person on the planet if I didn’t do anything about it. So I need to ensure that I make the best of it and push myself to work as hard as I can…only then can I justify that I’m worthy,”

When the media asked, do trollers affect her?

When asked how Janhvi handles trolls, she had replied,

“It used to really bother me. I started self-valuing on what they would say. But then, I realized it’s virtual reality. Social media can mess you up. But now, I am working on it. I am trying not to get worked up about it. Sadly, there are no repercussions. No one calls them out on it. They would never say these things to you if they met you in real life.”

The actress turns 23 today, and we were here with some of her stunning yet cute photos:

Here’s wishing Janhvi Kapoor all the love, light and luck to keep chasing your dreams.