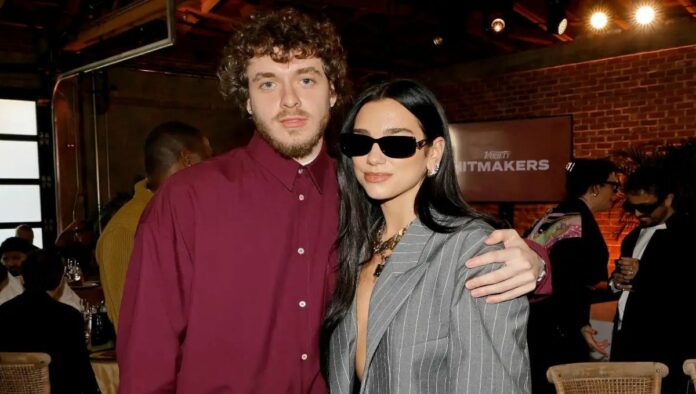 Dua Lipa has once again flourished all over the internet as she’s suspected to be dating rapper Jack Harlow. The two were recently seen together at the Variety Hitmakers Event held in Los Angeles.

Dua Lipa comes into the spotlight for changing her love fever towards rapper Jack Harlow. She recently dated a famous star, Trevor Noah.

Also Read: 10 Hollywood Actors who Worked in a Bollywood Film

The couple has been on a streak of conversations for the last few weeks. The rumors were extremely in trend after their meet-up at the Hitmakers event.

Reports suggest that Jack was very much interested in Dua and approached her with full consent. The rapper even wrote a song dedicated to Dua Lipa.

Jack recently went to meet Dua Lipa as she went to New York to perform at a concert. The concert was held on Friday. Although the rumors are spread all around there’s no justified proof that the two of them met.

Dua and Jack are trying to keep things private but the Hollywood gossip somehow slips out of a narrow gap. The rumored couple has not committed yet but is expected to reveal the suspense soon after the final confirmation of the news.

Dua Lipa has previously been in talks about her relationship with famous comedian Trevor Noah. Before that, she has also been in a serious relationship with Gigi Hadid’s brother Anwar Hadid but that came to an end in December 2021. They both update their fans about the relationship on social media.

The rapper Jack Harlow even shared one song with the singer Dua Lipa on Facetime before the release and that song got blessed. Although, this backfired on Jack as Dua was a little thrown off by his move but the two later managed to avoid any further disruptions due to that matter and have been in each other’s good books.