Disney Resort of Shanghai will expand with Zootopia themed land 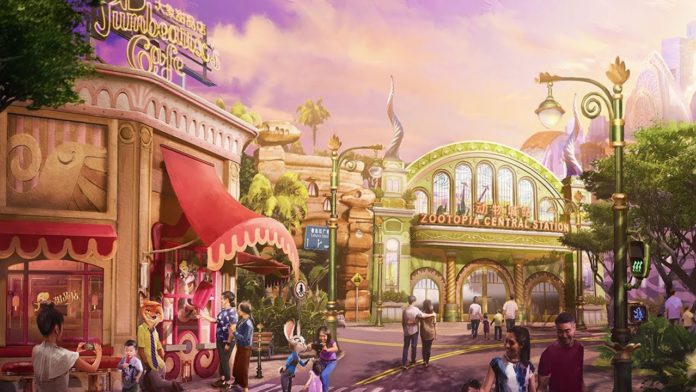 As per the latest Hollywood news, on Wednesday, the company announced that it will soon join ‘Zootopia’-themed land to the spreading Chinese theme park.

Shanghai Disneyland began with six themed lands in the year 2016 after nearly two decades of development and negotiation with the Chinese government and opened the seventh one, named as Toy Story Land which was launched last year.

Bob Chapek, Disney’s chairman of parks, experiences and consumer products said, “The rapid rate of expansion at Shanghai Disney Resort demonstrates our confidence and commitment to the company’s future development in China.”

This all-new theme park aims to capitalize on the success of the Walt Disney Animation Studios film, which, upon its release in 2016, became a hit worldwide, doing especially good in China.

Disney in one statement said, “With a brand-new attraction, entertainment, merchandise, and food and beverage offerings, the new land will provide guests with even more to experience and enjoy at Shanghai Disneyland than ever before.”

The statement further says, “The new themed land will invite guests to fully immerse themselves in the mammalian metropolis of ‘Zootopia’, ‘where anyone can be anything.”