HomeBollywood#ChehreTrailer: Know The Controversial Truth About Big B And Rhea’s Upcoming...
BollywoodNewsViral

#ChehreTrailer: Know The Controversial Truth About Big B And Rhea’s Upcoming Movie 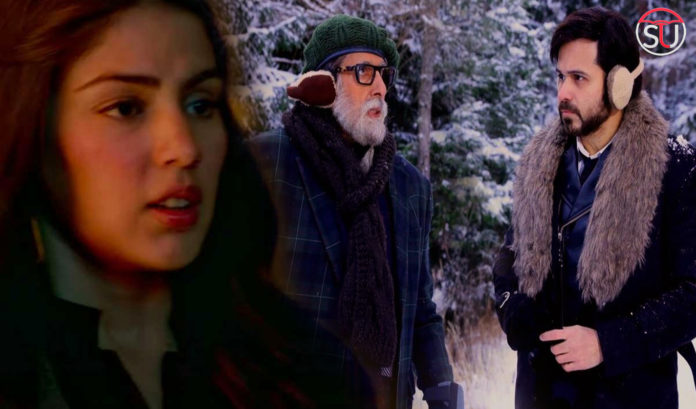 Earlier various media reports claimed that Rhea Chakraborty has been dismissed from the film, but the trailer of the movie has set all the assumptions to rest by showing a glimpse of the actress.

The trailer is enthralling as Emraan and Amitabh Bachchan appear to be playing a mysterious game of lawsuit. The movie contains sharp comments about the country’s judicial system reflecting Emraan’s character trapped in a suspicious web.

While Krystal appears in an attractive and glamorous look, Rhea can be seen in the video only for a while.

The movie grabbed the audience’s attention due to the disappearance of Rhea from the poster of the film, which led to the speculations of the removal of the actress from the film. Earlier, the movie was scheduled to be released in July 2020 but due to the pandemic, it was postponed. Later the team decided to release it on April 30 but now it is planned to be in cinemas on April 9.

Soon after the release of the trailer, netizens took to Twitter to show criticism towards the trailer. Twitter soon flooded with the posts mentioning dislike of the trailer, SC reject Rhea’s bail plea and justice for SSR.

I hope we all know what we need to do..!

Seems like the producers are in big trouble after the4 release of the trailer. Although, it is yet to be seen what upcoming challenges will be faced by Rhea and the team of Chehre.